Understanding R-20, R-22 Refrigerant, And The Shift To Bluon

Bluon Energy is a revolutionary new refrigerant designed to replace R-22 Freon, which is currently the most commonly used refrigerant in the country. The need for a new refrigerant has been increasing over the past few years as the previously used R-22 is being phased out of production. New HVAC-R units will no longer be sold with Freon.

The final date for Freon is January 1, 2020, after which all Freon systems will become obsolete and can no longer be manufactured or imported. This is obviously a big deal for homeowners and businesses throughout the country who have invested hundreds or thousands of dollars into their Freon HVAC-R system. It seemed as though their only option following the phase-out would be to invest in a new unit that used a new type of refrigerant.

One of the major problems with the phase-out is that the new replacement refrigerants cannot run in an existing R-22 system. That means that the existing compressors and much of the HVAC-R infrastructure will need to be removed and replaced. Not only will homeowners need to purchase new units, but they will need to pay to have their old units removed and the new unit installed.

Bluon Energy, also known as Tdx 20, has managed to completely solve this problem. It is a new refrigerant that has none of the pitfalls of Freon, yet can still operate in the same equipment. An R-22 unit can be recharged with Bluon and the equipment will comply with the new regulations. It will also run more efficiently, for less money, and have less of an impact on the environment.

More About The Refrigerant

Freon has been used for many years because of how efficient it is compared to many of the existing alternatives at the time. However, it has been the subject of a number of controversies. The refrigerant is known to have a negative impact on the environment and that is the very reason it is being phased out and banned in America.

R-22 actually begins as R-20, which is more commonly referred to as chloroform. Chloroform is organic and produces a very sweet smell. Chloroform has been used to make refrigerants, as anesthetics, in pesticides, and as solvents. Many people are familiar with chloroform’s portrayal on television and movies as a criminal tool capable of rendering victims unconscious almost immediately. The government classifies R-20 as an extremely hazardous substance and it is heavily regulated.

R-22 refrigerant is manufactured with R-20 as its primary component. Its use is steadily increasing in developing countries while simultaneously being phased out in countries that are already highly developed. Worldwide production of the refrigerant is still increasing as sales of air conditioners are likewise increasing dramatically in countries with high populations like India and China.

Freon is the trademarked name for R-22 that is owned by the Chemours Company. Freon can actually apply to several different refrigerants, including R-12, R-502, and R-13B1. However, in most cases, Freon is used specifically to refer to the R-22 refrigerant.

R-22 Freon is labeled as a Chlorodifluoromethane, which is a type chlorofluorocarbon (CFC). Experts have been synthesizing CFCs as far back as the late 19th century. They became more popular during the 1920’s as General Motors was attempting to find a replacement for existing refrigerants. At the time, ammonia was a commonly used refrigerant and it was viewed as very dangerous.

In 1930 the first Freon product was manufactured. It was R-12 and is now banned in a similar fashion to R-22. The major problem with all of the CFC refrigerants is that they lead to severe ozone depletion.

R-20 and R-22 served their purpose at the time. They helped to replace an extremely dangerous refrigerant that not only damaged the environment but was extremely harmful to humans as well. However, experts realize that it’s time to make a change once again. R-22 is steadily destroying the ozone layer and the government is calling for an alternative. That’s where Bluon Energy comes into the scene.

The Advantages Of Bluon Energy

The popularity of R-22 Freon means that systems designed for its use are in homes, stores, businesses, and hospitals across the country. These systems are designed specifically to work with the properties of R-22 and cannot work with the newer refrigerants hitting the market. That is, except for Tdx 20 Bluon Energy. Bluon was designed specifically to work in the same systems that are already relying on Freon.

Like most refrigerants, Bluon goes through a series of phase changes inside the unit to transfer heat. By going through five different phase shifts it is capable of utilizing the full length of the coil. This allows it to transfer more heat than traditional Freon or any other alternative.

It also helps regulate amp draw more efficiently than R-22. A system using Bluon will experience a smooth amp draw averaging around 73 amps. Freon, on the other hand, experiences sporadic spikes in amp draw with an average of 86 amps and peaks above 100 amps. Not only does that consume more energy, but it also puts more strain on the condensor.

Make The Change To Bluon

By January 1, 2020 Freon will be a thing of the past. But that doesn’t mean your expensive HVAC-R systems need to be discarded. Instead, make the upgrade to a more efficient refrigerant like Bluon that is capable of working in your existing equipment. 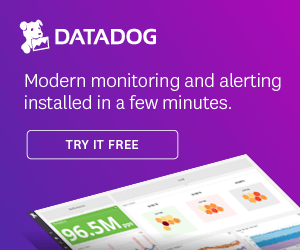 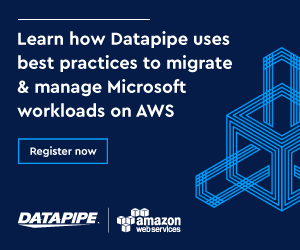